It was my pleasure to speak to Dr Chris Walsh, an Australian mindfulness pioneer since the 1980’s and a respected psychiatrist. Dr Walsh has trained with leading Western mindfulness figures such as Jon Kabatt Zinn, Mark Williams, Kristin Neff and Daniel Siegal. Dr Walsh and I spoke about the darker side of mindfulness.

As with any area experiencing such strong growth, mindfulness is surrounded by myths and misconceptions. What is one that you feel particularly strongly about?

It’s used by business to make people work harder. It’s not so much a myth, it’s just the way it is being used.

People think it’s a relaxation technique. This is tricky to address. Mindfulness does help people to relax, but that’s not the main game. It’s about training your awareness.

You cannot count on mindfulness to make you relax.

If occasionally mindfulness doesn’t help you relax, you will feel that it’s not working and are missing out on an opportunity to learn to hold an unpleasant feeling. This can be destructive. 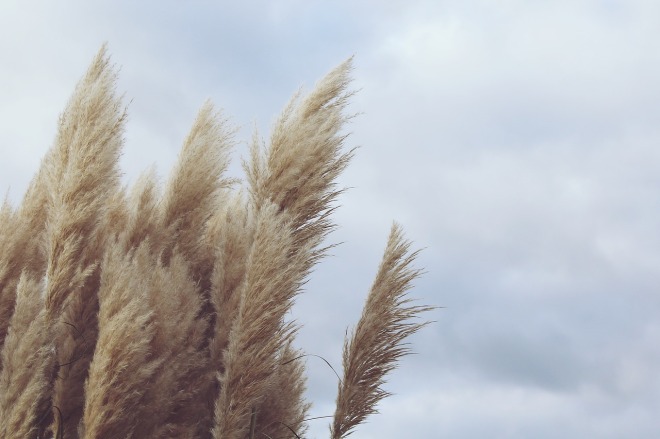 Mindfulness can bring out negative emotions, especially during the initial stages. How would you recommend that a person deals with that?

The first thing is to have a good teacher. It’s a delicate balance and it can be hard to know when to lean into the negative emotion and when to stand back from it.

The basic principle is that it is ok to feel challenged, but it’s not okay to feel overwhelmed.

With any kind of learning, including learning to be mindful, it is normal to oscillate between feeling comfortable and feeling challenged. If you’re never challenged, especially with something experiential like mindfulness or a sport, the learning isn’t in its optimal state. Getting overwhelmed in mindfulness is the equivalent of getting injured when training, and this sets back the progress.

I have a few tricks on how to deal with being overwhelmed during mindfulness.

Have you ever had any experiences when mindfulness had side effects? The “decentering” in mindfulness may impact an individual’s concept of the “self”. There are anecdotal reports of some vulnerable individuals developing dissociation and psychosis after reading self-help books or attending seminars – and more recently after practicing mindfulness. Do you see any risks in “trying it at home” when it comes to mindfulness?

It is damaging when people use mindfulness to dissociate or disconnect in some way. Two patients I encountered were attached to ecstatic states.

The first was a man with a background of heroin and alcohol addiction. He was able to stay away from drugs and alcohol for 10 years and then relapsed – which is when he came to me. He told me he was using mindfulness to stay away from his addictions and meditated for 8 hours a day! Just before the relapse he got a job: this stopped him from meditating for 8 hours a day, and so he relapsed.

When I questioned him about his mindfulness practice, he told me that he would just got into a blissful state for 8 hours, never experiencing any negative emotions.

I asked him to deliberately call to mind some unpleasant experiences while practicing mindfulness and pay attention to how it felt in his body rather than holding on to these blissful states. The lesson here is to get comfortable with feeling uncomfortable. In Tibetan Buddhism, they talk about samadhi. It is a blissful state – and sometimes people get addicted to this state. Some people this is enlightenment, but the Buddhist teachers say that that’s a delusion, an unhealthy attachement to something.

The second case that comes to mind was of a man with schizophrenia. Many of my patients with schizophrenia derived a great benefit from mindfulness. This man was having a Kundalini experience, where energy was going up and down his spine. They talk about it in the Hindu tradition. He would go through this experience for many hours a day and it made him more delusional and psychotic. It was very hard to persuade him to do less meditation!

I wouldn’t’ call either of these experiences mindfulness, as they weren’t this open, non-judgemental states. This is why having a teacher is important: so that you can reflect on your experience and receive some guidance.

How should one go about choosing their mindfulness teacher?

There are no absolute guarantees. I am aware of some highly trained psychiatrists who teach mindfulness, but don’t practice it. They say they do, but by talking to them, you quickly realise they don’t: they have a kind of striving attitude.

For people with psychiatric conditions, it is better to have someone who understands both the Western and the Eastern traditions. If you have a teacher, a psychologist or psychiatrist, who comes from the Western tradition only, it is important that they practice mindfulness themselves. It’s important for a teacher to be able to tune into the problems that arise for people as they go through their mindfulness journey rather than sticking to a rigid program.

There is a one size fits all approach to mindfulness among the public at the moment. Do you feel that that it’s appropriate for someone to use an app or should they find a teacher?

In my classes, I have a handout that reviews the apps and advises my patients to beware of any apps that tell them what to feel or that they should relax. People can play with apps – it gives them experiential information that allows them to commit to go to a class. Some people learn a lot from the apps. I haven’t seen the good apps causing any harm. Headspace is quite good. Buddhify is great for getting past the idea that mindfulness only happens on a cushion and has lots of shorter meditations that people like. Insight timer has nice mindfulness bells and nice soundtracks. Some are a bit New Age-y, so people need guidance in choosing the right ones. iTunes U UCLA meditations are quite good too. I send people to my website as I have some soundtracks there.

What are your thoughts on transcendental meditation? It became commercialised quite quickly once it reached the West. Do you worry that mindfulness is headed in that same direction?

I did TM for a few years and found it helpful. I studied Buddhist meditation before that and it gave me the impression that the mind has to be completely quiet – which caused a lot of agitation. TM helped me to get past that as it involved returning to the mantra without trying to eliminate thoughts. TM also taught me about preliminary practices such as exercise.

In the East, mindfulness is used to investigate the mind as well as everything else. A lot of the insights of Buddhist psychology are now being confirmed using Western methods, such as fMRI. I believe this aspect of the Eastern tradition doesn’t get enough attention. However, we need to separate the psychology, philosophy and the religion. Those who say that Buddhism isn’t a religion are lying: it is a religion, but as well as that there are psychological and a philosophical components. These can be separated out, just like has happened in the West.

The tradition in the East is 2,500 years old, so we run into a lot of interpretation and translation problems. The Eastern languages have changed in meaning and nuance in that time just as much as Western languages have. Jus think how much trouble we have interpreting Shakespeare and his writing was only 500 years ago. Furthermore, Buddhist psychology is based on  human investigation that has evolved over time, so it’s not like the Bible that has been “handed down” and and passed on as some kind of unchanging truth. The Eastern mindfulness tradition, in fact, has a lot in common with the Western scientific tradition. This tradition has evolved from the Socratic tradition which is based on debate and questioning. rather than prescriptive rote learning. I believe that if we start paying more attention to what is already known in the East our progress in understanding the mind will be accelerated and our meditation practices will become even more effective.

Dr Walsh’s own website contains a lot of case studies and blog articles on mindfulness that I would highly recommend: mindfulness.org.au