Continuing the discussion of ideologies that silently grow into our lives and take hold, I will admit to my own.

I was brought up in a culture where education was the centre piece of the altar. I think this is still the case for a lot of people. In theory, education is the answer to a lot of problems, but difficulties come to the fore when you realise that there is big difference between education and formal education. I suppose the difference is analogous to the difference between morality and organised religion. Even when you go to educate yourself, the authority-loving methods learnt during formal education betray us. It took me a long time to start reading books without looking for ready-made answers to life’s problems.

When I got a little older, I went on a major health kick, only to realise that humans did not evolve to be orthorexic with a regular HIIT exercise schedule. I rejoice at articles like this.

In my late twenties, my ideological difficulties centre around the subjects of family and meaningful work. Family has always been a confusing subject for me. I think that families are fascinatingly different. Second wave feminism was going strong as well when I was a child and I am sure it affected me. I was recently reading a memoir of a woman who lived in the Ukraine during the October Revolution. It seemed that nothing really mattered to her so long as she had her family. I also read a lot of essays by secondary school (high school) students and interestingly the film Juno is on the curriculum. Most students conclude that your friends are your real family, not your biological relatives – and not just from Juno, but in their personal essays as well. Is that just a sign of the times?

One thing I learnt is that it’s dangerous to become too focused on just one aspect of life, even if it is the most virtuous thing you can think of.

Anyway, I am more interested in hearing about ideologies that you lived through and debunked.

I recently chanced upon a study showing that aerobic exercise can be beneficial in mild cognitive impairment. It literally increases the size of the brain. The fact that we can now image brains in a way that detects this is exciting. Nobody is really quite sure what it means, but the fact that it is so tangible and obvious is really gratifying – and hard to argue with. Interestingly, mindfulness also changes brain structure on imaging.

There have been plenty of studies of this sort – including on healthy people. They show that exercise benefits one’s mood and working memory, enhanced cognitive strategies, hippocampal neuroplasticity – in short, exercise helps your brain do its thing. I wish this message was easier to spread. Exercise for a functional brain.

In my own subjective n=1 experience, exercise makes a huge difference to how I feel emotionally. It’s like a shield that keeps irrelevant noise out – and it was quite hard to believe how well it works until I tried it. At this point, I’ve been non-stop at it for over 3 years. My main motivator to stay going with exercise is how it makes me feel. Not immediately, not right after a gym session, but on average. Having said that, isn’t our motivation nearly always how it makes us feel? How I got into it was the classic monkey-see-monkey-do dynamic. Some like to call it having a role model. During my masters, I was surrounded by a bunch of health-freaks: they were all from continental Europe, wore fancy running shoes, drank a lot of coffee and read the Economist. The enthusiasm with which they discussed running routes for their new city, whether or not a Fitbit is worth the investment – and so on, rubbed off on me. I had to try this, ze fitness. I never stopped. 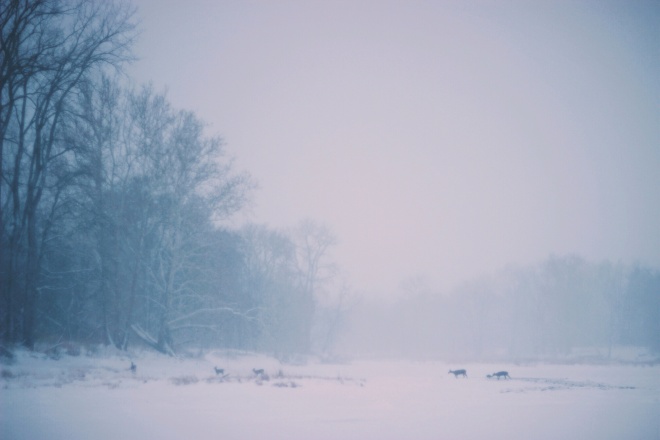 I’ve experimented with running, spinning, HIIT, swimming, weights – pretty much anything that is solitary and non-competitive is good. During a particularly busy stint at the hospital, I injured a joint – meaning I couldn’t properly weight bear. I could barely get around the seemingly endless corridors of a large Dublin hospital with nobody to cover for me on call. Exercise was not on the menu. About a week into this state of affairs, I noticed that I was starting to get sad for no reason at all. It took some introspection to figure out that it was likely down to the fact that I wasn’t exercising. The biochemistry shifted, the chemicals released during exercise wore off – and now I was feeling down. I took corrective action: so I cannot weight bear. Time for abs of steel! As if. In any case, the change in my mood from a week of significantly diminished physical activity was stark.

This experience is echoed in the story of a patient I once saw in a psychiatric hospital. He was a young guy who exercised a lot: 20 miles on a bike every day, marathons, the works. For about a year and a half he attended a cardiologist about a chest pain. He had virtually every conceivable test done – none of these tests detected any abnormalities. By the time he saw me, he had had a few attacks of this chest pain in the space of a few days – and a very low mood. The week before two things happened: he twisted his ankle and his girlfriend had just broken up with him. Long story short, the man’s chest pain was psychosomatic. He had a perfectly healthy heart. The stress of his girlfriend breaking up with him, superimposed on not being able to exercise due to a twisted ankle, led to the mood collapse as well as the chest pains.

Clearly, exercise is addictive. This is part of the reason why people keep exercising despite pain. Before I discovered the absolute must that is a foam-roller, I caused a repetitive strain injury in my calf from running too much. I couldn’t really stop: I was so into it, I just gobbled down two Nurofen and off I went. If, six months previously, someone told me that I would be like this, I would never have believed them. My buzz was all about cuddling up with a book and drinking hot chocolate – not hopping around with a painful calf in the permeating Dublin rain.

Once a psychiatry professor came to talk to us during lunch. His opening question was: “What is the single most effective intervention for both physical and mental health?” Some annoying know-it-all raised their hand and said: “Exercise.” (Okay, okay, it was me). I would still say it though.

I think it is the perfect example of the 80/20 rule, or even a 99/1 version of it. Exercise takes up very little time – if you’re clever about it – and delivers unbelievable results. In short, exercise is definitely on the to-do list of anyone who is interested in having a clear head. It’s surprisingly easy to get carried away into fitness-junkie territory, however, it is definitely worth the risk. In any confusing situation, it’s mindfulness and exercise.