I first tried to read Robert Cialdini’s Influence: The Psychology of Persuasion a few years back. While the introduction is full of interesting facts, it is clearly a book written for a wide audience and has a slightly off-putting uniquely-American selling pitch quality despite being about how to not be sold to. I revisited it this Christmas, and I am very happy I did. My initial approach to it was as a book on marketing. I doubt I am the only one – learning to be good at marketing makes me feel a bit… fraudulent. Reframing it as learning about human behaviour – makes all the difference. It’s especially ironic as the book would explain why that is. In essence, it is a more dated (1984), less academic, but none the less brilliant rendition on the same issues as Daniel Kahneman’s Thinking Fast and Slow. The academic tone is probably my favourite, but it did, nevertheless, take me a particularly long time to read Thinking…, so if it seems too tedious – Influence is the perfect alternative. [Having said that, it is of a lower academic standard. For example, Cialdini’s description of S. Milgram’s famous experiment is inaccurate and his interpretation – sensationalist, but it’s still an interesting point of view that could be true.] 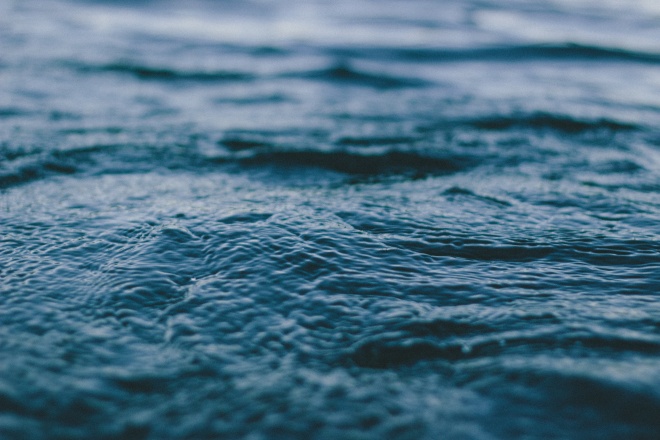 There are 6 rules of influence, Cialdini posits: Reciprocity, Social Proof, Consistency, Liking, Authority and Scarcity. The gist of it is summarised here.

Essentially, the entire book is about expectations – and how they reign over us.

I am tempted to go into a mindfulness/stoicism spiel here, but I’ll save that for later. I imagine reading this somewhat dated but still fundamentally brilliant book before the advent of social media would have been one of the best education investments one could make. Now, we are much more familiar with social proof, authority, etc as we see it every day. We probably have much sharper BS detectors for these particular marketing tricks than people did when this book was written in the 1980s. However,

this book explains the fundamentals incredibly well – and while we learnt a bit on how to not be BS’d when buying, most of us are clueless about these influence modalities in their applications outside of mechanical buying and selling .

Essentially, all of these 6 things set expectations: one feels obliged to reciprocate, one feels reassured by social proof, one trusts authority even more than one could ever imagine, etc.

Cialdini’s examples come from all areas of life.

Be it buying petrol, ordering desert, changing the behaviour of prisoners of war or navigating a romantic issue – Cialdini shows how expectations – rather than reality – determine our behaviour.

He moves from his selling pitchy voice to a much more ethically-charged discussion on how people deal with authority later in the book. He has incredible insight. He even discusses free will very briefly. It seems as though he would have liked to write a much more academically themed book, but felt he wouldn’t reach as wide an audience.

Here are some of my favourite chunks:

This stretch below will make it easier to let go of your failed romances:

Take the bettors in the racetrack experiment. Thirty seconds before putting down their money, they had been tentative and uncertain; thirty seconds after the deed, they were significantly more optimistic and self-assured. The act of making a final decision—in this case, of buying a ticket—had been the critical factor. Once a stand had been taken, the need for consistency pressured these people to bring what they felt and believed into line with what they had already done. They simply convinced themselves that they had made the right choice and, no doubt, felt better about it all.

Before we see such self-delusion as unique to racetrack habitués, we should examine the story of my neighbor Sara and her live-in boyfriend, Tim. They met at a hospital where he worked as an X-ray technician and she as a nutritionist. They dated for a while, even after Tim lost his job, and eventually they moved in together. Things were never perfect for Sara: She wanted Tim to marry her and to stop his heavy drinking; Tim resisted both ideas. After an especially difficult period of conflict, Sara broke off the relationship, and Tim moved out. At the same time, an old boyfriend of Sara’s returned to town after years away and called her. They started seeing each other socially and quickly became serious enough to plan a wedding. They had gone so far as to set a date and issue invitations when Tim called. He had repented and wanted to move back in. When Sara told him her marriage plans, he begged her to change her mind; he wanted to be together with her as before. But Sara refused, saying she didn’t want to live like that again. Tim even offered to marry her, but she still said she preferred the other boyfriend. Finally, Tim volunteered to quit drinking if she would only relent. Feeling that under those conditions Tim had the edge, Sara decided to break her engagement, cancel the wedding, retract the invitations, and let Tim move back in with her.

Within a month, Tim informed Sara that he didn’t think he needed to stop his drinking after all; a month later, he had decided that they should “wait and see” before getting married. Two years have since passed; Tim and Sara continue to live together exactly as before. He still drinks, there are still no marriage plans, yet Sara is more devoted to Tim than she ever was. She says that being forced to choose taught her that Tim really is number one in her heart. So, after choosing Tim over her other boyfriend, Sara became happier with him, even though the conditions under which she had made her choice have never been fulfilled. Obviously, horse-race bettors are not alone in their willingness to believe in the correctness of a difficult choice, once made. Indeed, we all fool ourselves from time to time in order to keep our thoughts and beliefs consistent with what we have already done or decided.

It works even when it’s phony:

I don’t know anyone who likes canned laughter. […] The people I questioned hated canned laughter. They called it stupid, phony, and obvious. Although my sample was small, I would bet that it closely reflects the negative feelings of most of the American public toward laugh tracks.

Why, then, is canned laughter so popular with television executives? They have won their exalted positions and splendid salaries by knowing how to give the public what it wants. Yet they religiously employ the laugh tracks that their audiences find distasteful. And they do so over the objections of many of their most talented artists. It is not uncommon for acclaimed directors, writers, or actors to demand the elimination of canned responses from the television projects they undertake. These demands are only sometimes successful, and when they are, it is not without a battle.

What could it be about canned laughter that is so attractive to television executives? Why would these shrewd and tested businessmen champion a practice that their potential watchers find disagreeable and their most creative talents find personally insulting? The answer is at once simple and intriguing: They know what the research says. Experiments have found that the use of canned merriment causes an audience to laugh longer and more often when humorous material is presented and to rate the material as funnier.

Together with Daniel Kaheman’s Thinking Fast and Slow, Daniel Goleman’s Emotional Intelligence and, to a somewhat lesser extent, Mark McCormack’s What They Don’t Teach You at Harvard Business School, this book is essential reading in understanding human behaviour.

Here is the full book though I imagine this breaches copyright