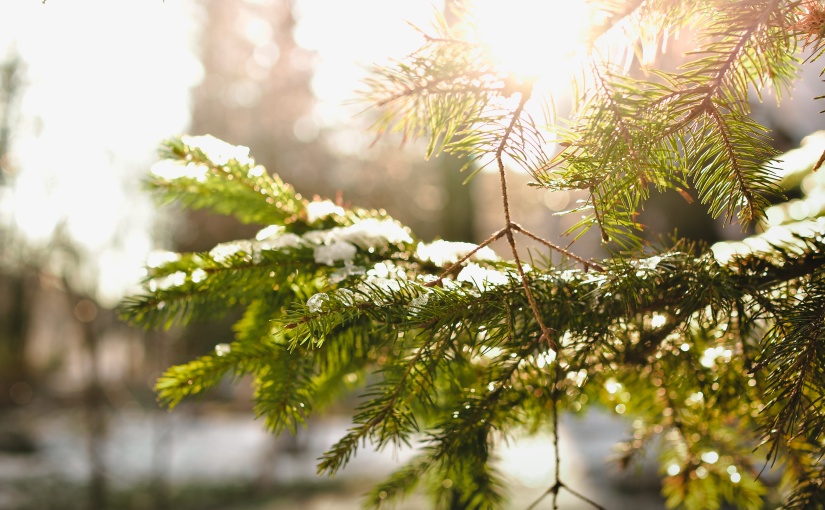 In short: don’t be a needly distracted narcissist because it sabotages your mission. That’s it.

After Audible recommending this book for me in every way, Ego is the Enemy finally made its way onto my reading list. I wish it didn’t. Of course, there are some things that I feel the author got perfectly right in a refreshing way – especially because he is 29 (in 2016). Overall, the better insights of Ryan Holiday are concisely expressed in Ray Dalio’s Principles.

Holiday takes the “study the successful” approach. There are a number of problems with that approach – and I am very close to banning any such book from my reading list for the future.

In general, these books tend to make an assertion, back it up with a historical fact – et voilà, it’s true. Not really. As a bunch of musings and hypotheses, it’s fine, but this kind of work implies that it’s didactic – “here’s how to defeat [your ego]” the title reads. Meanwhile, the “logic” doesn’t really hold water and violates, in the broadest sense, the scientific method. This isn’t science, it’s more related to philosophy, but it has to be logical regardless.

These Socrates-quoting authors assume that the idiosyncrasies of the successful are causal to their success. In reality, it’s a very small observational study with a handpicked sample. The collection of stories explains more about confirmation bias than it does about the proposed subject. Holiday even talks about how passion in a certain field is common among the highly successful (e.g. Steve Jobs) – but he also points out that there are countless cases of passionate entrepreneurs, writers, etc – who failed. Great insight – and there are a few like that. Only Holiday didn’t manage to take another step out of his own work to realise that this very logic applies to saying that being dispassionate is the real cause for success.

Holiday simply swaps one brand of snake oil for another.

On this note, Nassim Nicholas Taleb just published this one-liner on Facebook that I simply have to include here:

Scientism is to science what a Ponzi scheme is to an investment.

While I don’t endorse using it as a manual, the only examples of useful books written in this style that I am familiar are Niccolo Machiavelli’s The Prince and Discourses on Livy. Many of the “facts” that Machiavelli uses to substantiate his argument in The Prince are wrong – most likely deliberately, as it was intended to persuade his audience, namely Lorenzo de’ Medici. If there’s one thing we can learn from Machiavelli – it is that these books are written as least to some extent for the benefit of the writer. I much prefer books that simply theorise and use historical references very vaguely – rather than as quasi-scientific evidence – like most philosophers and my proposed substitute for Holiday – Ray Dalio. Musing should be musings – and they can be very good, but they cannot be sold the way that Holiday proposes. Ryan Holiday is such a clever and accomplished man though, why does he do it? I don’t know, but maybe the fact that it sells – and builds connections – has something to do with it. Indeed, the Amazon reviews are rather good: 4.6.

Nonetheless, we will have a look at his musings. 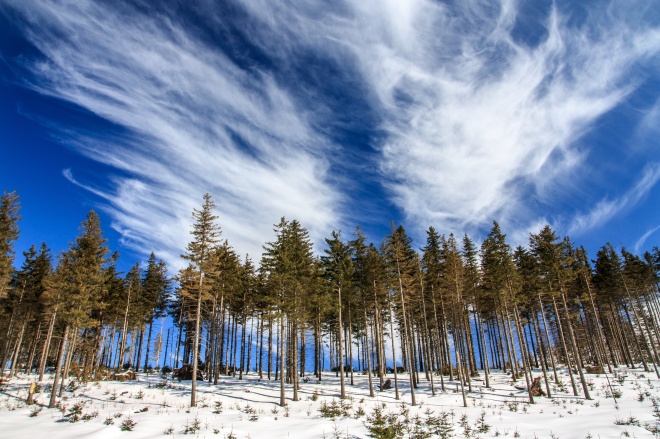 Holiday doesn’t mention millennials, but it is pretty clear that that’s what he’s talking about. He is one too. His view of us, special snowflakes, geniuses who cannot bear the waste of working in junior positions clearly shows that he himself has never been in that situation. He knows that being in such a position involves just doing the work and making your boss look good. Holiday knows that that’s not what the Harvard grad that was selected out of thousands time after time for this position wants to hear. He reminds us of these, what he calls, realities:

I broadly agree with assertion 1 and 3. Two is in and of itself attitudinal. Indeed, Dalio has interesting things to say about all of this and my views are for more resonant with his.

Holiday feels that our problem is the “indignities of serving someone else.”

He argues that rather than obsessing with one’s own ego, the said snowflake should trust the apprentice model that has produced great results in the past. (Holiday provides no data on how many lives it diverted into a mindless, creative-less funnel of paying mortgages and 9-5). He says, be an anteambulo (one who precedes to clear the way), attach and subsume your identity to the identity of those who are already successful and basically ride that wave to your own success.

Most of us snowflakes don’t have a problem with serving someone else. Making your boss look good is no problem. We understand that apprenticing under a solid role model is beneficial.

I feel the problem is the shocking emptiness and pointlessness (“should have been automated 10 years ago”) of much of this work in reality.

Frequently the work and the people at the top are both uninspiring. Many of them aren’t there out of professional fervour, but out of familiarity and necessity. The ones who do become anteambuloes are becoming the people at the top – with fewer perks year on year. Holiday had a different experience – it seems that the people in the organisations he worked for were there out of more exciting reasons. He probably doesn’t realise how rare that it. Us snowflakes, we yearn for purpose besides having the nicest car in the neighbourhood – which categorically satisfies the generations above us. Maybe it’s an illusion, but it’s at the heart of our snowflake-hood, not the indignity of serving someone else.

The other problem with accepting this lifestyle is that it quickly drives out whatever creativity was inherent in the bright-eyed intern. No matter how aware we are of how corporate indoctrination works, the bottom line is that it works. Staying in long enough will result in successful zombification. 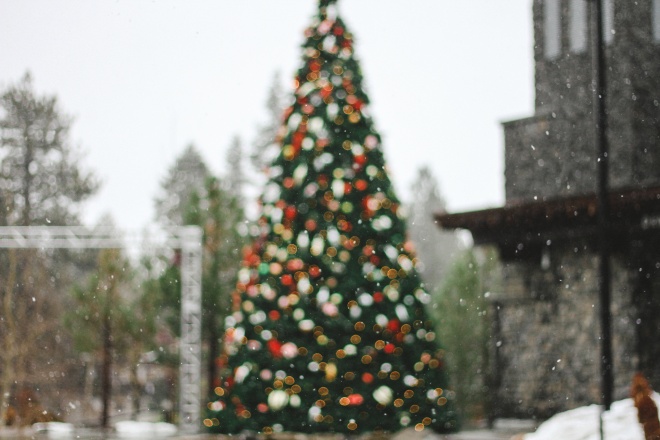 Holiday’s use of the word refers to our need for validation and self-importance. Sometimes what he actually means is better described as jealousy. Sometimes he means lack of focus. He states a lot of obvious things about the harm done through ego barriers and emphasises the value of letting go of them.

In Chapter 10, the author says that tolerating badness can be necessary as part of achieving goals, and this tolerating is actually avoiding one’s ego.

Unless this book is aimed at finished narcissists, it’s kind of sounds like a Stalinist “goals justify the means” turned on oneself. Again, Dalio talks about this in his Principles – making far more sense. Not letting ego barriers stand in the way of achieving a goal is quite different to the ambitious/masochistic attitude that Holiday seems to advocate.

Holiday is refreshingly honest about the way the world requires us to be master story tellers and build our own brands – and hence the need to be special.

The author is averse to living in a fantasy and encourages action over overthinking. He describes the psychological phenomenon he calls imaginary audience with suspicious finesse. 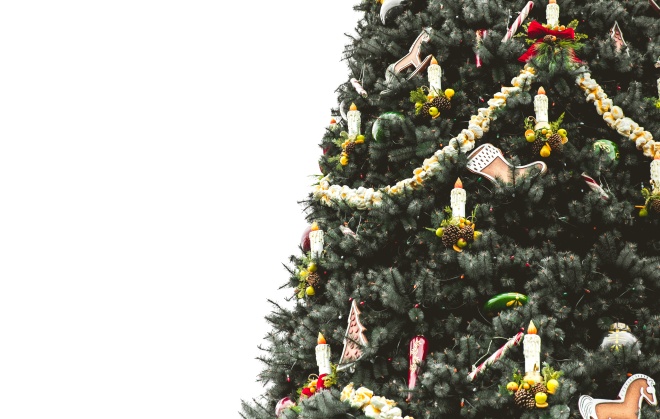 The opening chapters are much better than the average quality of the book. His structure isn’t terribly clear and he repeats himself a lot. It should definitely be shorter. By chapter 17 of 35, it was a bit “When is the end?” “Oh, could this be my ego sabotaging me?” “Mmm, no. It’s you thinking”.

My conclusion is that there are much better books out there on the subject. There’s nothing new here. It was interesting to get inside (the accessible) part of the mind of a rich and famous self-made millennial rich guy who knows how to sell things.

Ryan Holiday is definitely no philosopher. Even his references to stoicism are a bit lopsided, but then again – it’s just another example of confirmation bias. The language and references to history and literature – even the pretentious image on the cover – create the atmosphere of intellectual finesse. It’s not actually there.

He is a marketer – and seemingly a shady one too. I’d been warned by the kind of people that recommended his book not to buy it. Having read it, I feel a bit like my friends who went to Jordan Belfort’s seminar after watching The Wolf of Wall Street – only to come back and say that it wasn’t at all useful. It was a sales pitch of some bigger weekend seminar that he does later in the year. I never even considered giving money to Jordan Belfort – not after watching the film. Should have used that logic this time too!

“Impressing people is utterly different from being truly impressive.”

15 thoughts on “Ego undermines greatness by deluding its holder”